Less More
8 months 2 weeks ago #25510 by HawkErrant
Available at Cork & Barrel, and almost certainly other fine establishments of the kind, here in Lawrence.
Also available online at manoswine.com/collections/university-of-kansas 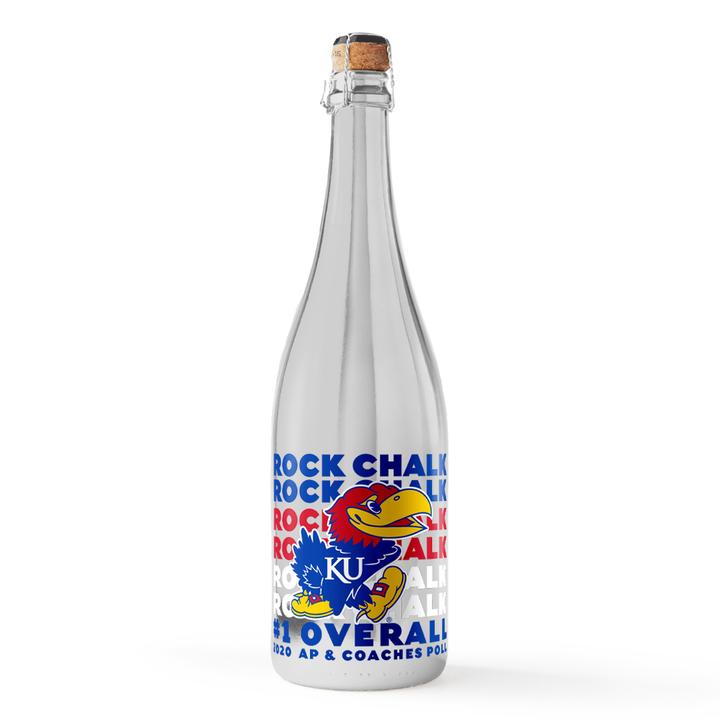 Less More
8 months 2 weeks ago - 8 months 2 weeks ago #25511 by HawkErrant
Corpus, or anyone else, off the top of your respective heads, KU was #1 at the end of the regular season for
-AP
-Coaches
-Davis Power Projection Index
-Pomeroy
-Sagarin
-Massey

What other "reliable" rankings are out there?

IIRC the NCAA's NET only lists Gonzaga ahead of KU because they included the one post-season game GU got to play.
At the end of regular season play it was KU #1, GU #2, and KU never got to play again.

Less More
8 months 2 weeks ago #25512 by CorpusJayhawk
HE, Ken Massey tracks a number of various computer algorithms on his website (including the DPPI. Of the 58 algorithms (including the NCAA Net), 51 had KU #1, 6 had KU #2 and 1 had KU #4. But the one that has KU #4 is worthless since I do not think he does a SOS adjustment. KU averaged 1.16 rank compared to No. 2 Gonzaga which averaged 2.74 rank. That is about as consensus as you can get.
Don't worry about the mules, just load the wagon!!
The following user(s) said Thank You: HawkErrant, Bayhawk

Thanks for putting it out there, HE!
The following user(s) said Thank You: HawkErrant

Less More
8 months 2 weeks ago #25515 by Kong
HE. I completely disagree about hanging a banner for this year. While I happen to believe that we had as good a shot as anyone, there are no guarantees in life that we would have won it. My view on this goes back to two years in the 80s.

In 1986 I believed, like I do now, that we were the best team in the nation. We did not win the tournament. I believe Louisville holds that banner.

In 1988 we were not the best team in the country. But boy did we have a hot hand entering the tournament and we rode that all the way to the banner hanging.

For the record, I am not really much of a fan of the Helms banners either
Visualize Whirled Peas
The following user(s) said Thank You: wardhawk

I made no mention of a banner proclaiming KU 2020 National Champions.

While KU was not the unanimous #1, it most certainly was the regular season consensus #1 -- AP, CP, and 51 of the 58 computer models (see Corpus' earlier post) -- and I feel that should be recognized since THERE WAS NO TOURNAMENT this year.

Which brings me to the pre-tournament 1922 and 1923 National Champion titles.

I have no issue with hanging banners for the 1922 and 1923 Helms titles alongside the NCAA banners. The Helms titles are what they are, awarded instead of won on the court, just like the Division 1 College Football National Champion title was awarded until the Bowl Championship series came along. College basketball had no recognized national polling prior to the establishment of the Associated Press Poll (1948-49 season) and the Coaches Poll (1950-51 season), so the retroactive awards by Helms were it for pre-1939. And yes, from 1995 on the Premo-Poretta model results have been available, and updated as more old competition results are found, but their models include games against non-collegiate opponents (e.g., AAU, semi-professional, club, and YMCA teams). While I appreciate their dedication and efforts, I call GIGO because early records can be just so inadequate, rendering any models pretty chancy. (Ask Dave and Corpus about researching early hoops records.) Here's an example that screams GIGO results, pulled from "Minnesota Hoops - Basketball in the North Star State" and mentioning the Premo Power Poll results for the early Minnesota Golden Gophers:
1899 / 5-5 / #5 in the nation
1900 / 10-3 / unranked
1901 / 11-3 / #7
[NB: The P-P ranked 20 teams each season for the 1897-1909 seasons, 25 teams thereafter - HE]

Less More
8 months 5 days ago #25548 by Kong
I like your addition to the banners. Place Helms Foundation on those two and make it clear.

I think one of the pet peeves of mine regarding the Helms Foundation is they were done loooooooong after the fact. Unlike the football polls which were done after they year was over. I tend to agree with many of the coaches at the time calling them "mythical" titles. But they are what they are.

Personally I was always fine with the bowl system. I like the regional competition and traditions behind them. I never really thought a true playoff was as important as people made it out to be as I enjoy tradition.

But my opinion on this topic carries no weight. I understand why others want these things, I just don't always agree with them.

The fact that any one else is claiming the titles falls into the old statement our parents all made, "If everyone else was jumping off a bridge, would you?" Just because someone wants to claim it, doesn't mean you have to as well.

In the end it is what it is. I don't think any team should claim a NC or hang any banners other than to say, in our case, "Big 12 regular season champions and an asterisk with oh what could have been."
Visualize Whirled Peas
The following user(s) said Thank You: HawkErrant

Less More
8 months 5 days ago #25549 by HawkErrant
I remember at one point (it may have been earlier, but I believe it was as recently as 2007 when I retired from the Army and we returned to Lawrence for the long haul) the NC banners did have "Helms Foundation" and "NCAA Division 1" on the bottom. I have not been happy with the banners since that text was removed, as it is extremely misleading to all but in-the-know fans and gives the appearance of KU putting all the banners on equal footing.

Again, I have no issues with anyone claiming Helms titles awarded for the seasons before 1938-39. No one had done anything regarding who was NC for the pre-tournament period until Helms retroactively picked mythical NCs, and frankly it was so far down the road for most of the titles awarded that very few people fought about them because they were what they were, somebody's opinion and who really paid attention except the most ardent hoopheads? IIRC Helms titles are mentioned in the NCAA records, but as Helms titles, not NCAA sanctioned titles.

I do take issue with schools claiming Helms titles with the beginning of the NCAA Tournament era in 1939. the most salient (but not the only example) is UK in 1954. LaSalle (26-4) won the NCAAT that year. Top rated UK (25-0) was the Helms NC, but opted not to play in the NCAAT that year because 3 of their star players had already graduated due to the impact of the 1953 ban year, rendering those 3 ineligible for the 1954 postseason. Apparently the players still wanted to go, but Rupp decided no. Had a chance to go, opted not to go, no claim to the title in my book.

One of my pet peeves is seeing KU memorabilia that states NCAA CHAMPIONS anywhere on it, then lists the 5 seasons without clarifying that 1922 and 1923 are Helms titles, not NCAA. Haven't seen any new ones lately, but I'm sure I could find one if I searched hard enough
“The world is a dangerous place to live, not because of the people who are evil but because of the people who don’t do anything about it” ~Albert Einstein

Less More
7 months 3 weeks ago #25601 by HawkErrant
Saw this suggestion on another site today and had to smile.

"Put up a banner that says NCAA National Champions and just paint a mask over the words NCAA."

I do like the mask idea, but no, no claim to NC.

My banner would hang next to the NC banners, but would read something like this... 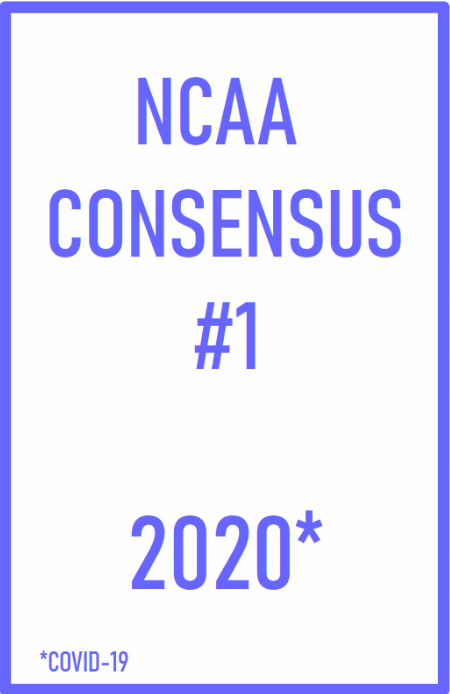