Less More
1 year 4 months ago #24434 by HawkErrant
A real shame that such a great win, and great game from freshman Christian Braun, ended as it did. 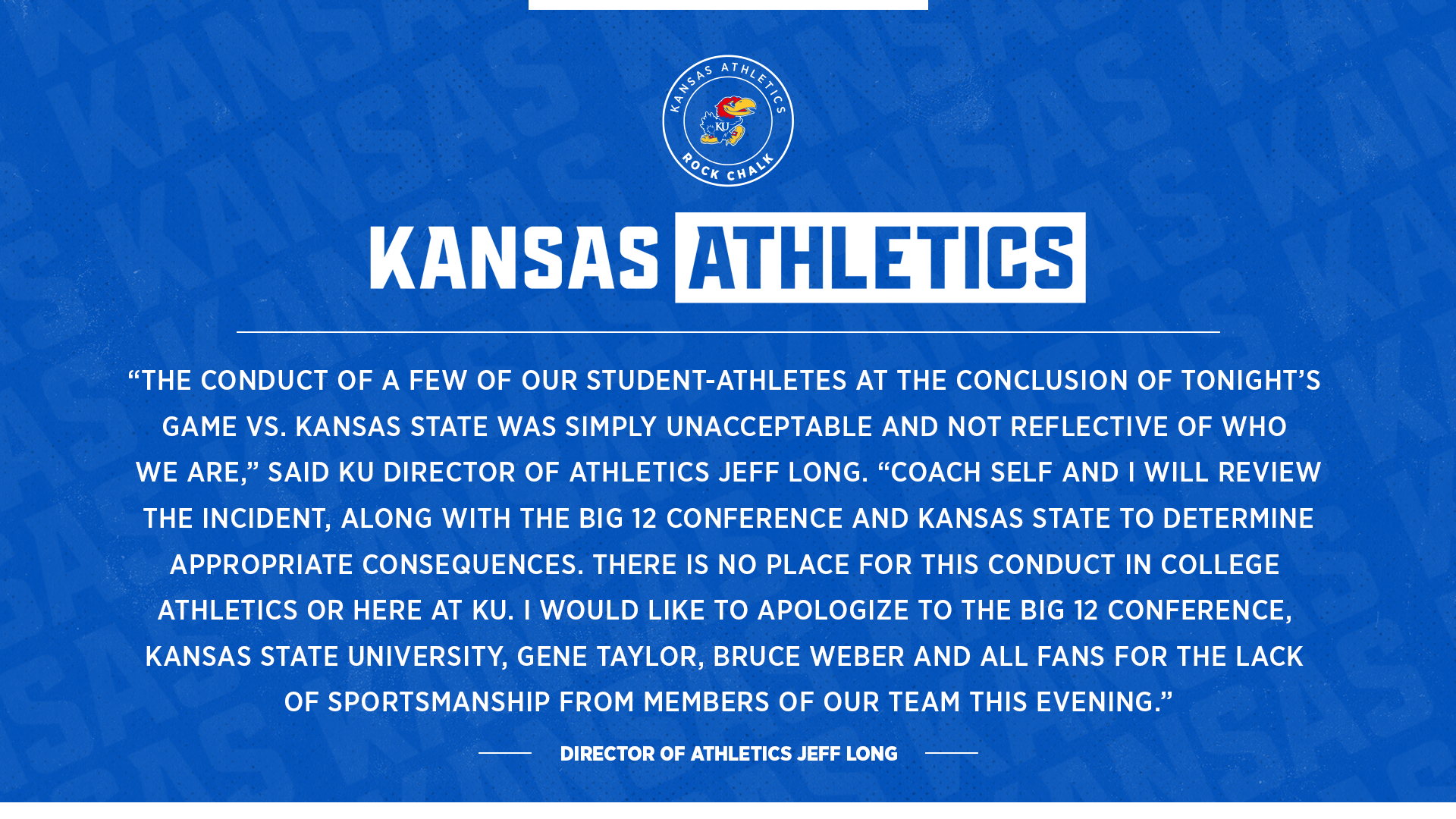 In the post game presser Self said we would most likely hear what the consequences will be on Wednesday (tomorrow).

Yeah, KSU's DaJuan Gordon was an asshole doing what he did given the game circumstances, as all he was doing was trying to show up Silvio.

Silvio's block of his attempt was the perfect response, and it should have stopped there.

But as I noted in response to LSHawk: up to and including Silvio taunting the guy -- which even before considering the ensuing melee would have yielded the unsportsmanlike conduct T, Silvio's ejection and the free throws -- there really was little to talk about until (1) the KSU players already on the court and then the KSU bench players (including the out for the season but sitting on the bench in street clothes player James Love) came after Silvio, and (2) the KU bench emptied in response.


As a minimum this event should result in multiple suspensions for both teams.

Personally I'm thinking multiple games for Silvio (could be much worse, picking up that stool is a potential game changer), but I'm hoping for no more than a 1 game suspension for anyone else. Losing to Tennessee on Saturday wouldn't bother me nearly as much as having to play in Stillwater without a full (-Silvio) squad.
“The world is a dangerous place to live, not because of the people who are evil but because of the people who don’t do anything about it” ~Albert Einstein

Less More
1 year 4 months ago #24435 by HawkErrant
Link to game stats and story on KUAthletics.com.

Less More
1 year 4 months ago #24439 by HawkErrant
Sure looks to me like KSU players attacked Silvio.
No excuse for the stool, and there will be consequences, but if KSU floor and bench players don't attack Silvio we're just talking about what a jerk KSU's Gordon was given the game circumstances, the greatness of Silvio's block and how the T was worth the additional points and the ejection.